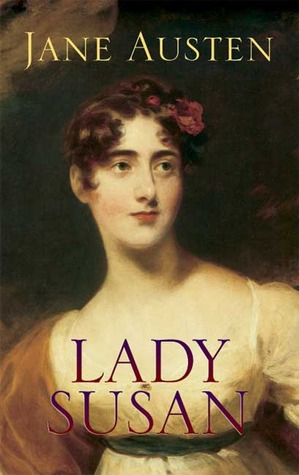 Embarrassing confession time. Though I’d consider myself a pretty big Jane Austen fan, I have a dirty little secret. I’ve only read the six main novels (Pride and Prejudice, Sense and Sensibility, Persuasion, Emma, Northanger Abbey, and Mansfield Park). None of the juvenelia, none of the unfinished works, nothing. *hangs head in shame*

Anyway, I took the release of Whit Stillman’s Love and Friendship, an adaptation of Austen’s short epistolary novel Lady Susan, as an opportunity to start fixing my ways (and to cross the “Read a book that was adapted into a movie, then watch the movie and debate which is better” task off my Read Harder Challenge list).

The recently-widowed Lady Susan Vernon is beautiful, intelligent, and charming. She is also scandalously flirtatious, profoundly manipulative, and maybe just a little bit cruel. On the wrong side of thirty and broke, she’s in the market for a wealthy husband. Whether she’s looking for a husband for herself or for her 16 year old daughter Frederica is not always clear. Forced to leave the home of the very married Lord Manwaring with whom she has been flirting shamelessly, she has fled to the country home of her brother-in-law, Charles Vernon, where she immediately commences with the scheming.

There is a lot I like about this book. It’s tightly-paced, sharply-written, and at times, laugh-out-loud funny. It was relaly interesting to see Austen operating in an entirely different genre. This is no romance (though I suppose she kind of throws one in with Frederica’s love for Reginald, but that whole thing is incredibly bland); it’s biting, hilarious satire.

Mainly though, I kind of love Lady Susan? While Lady Susan is obviously a terrible, selfish, and immoral person, she’s also hilariously snarky, admirably pragmatic, and kind of awesomely empowered. She’s also a woman on the wrong side of thirty who is sexually aggressive and empowered, attracting men over a decade younger than her. Sure, she’s also totally evil and downright cruel; this is a woman who says of her own daughter “She is a stupid girl, and has nothing to recommend her.” But Austen surrounds her with a bunch of Very Good People who are easily-manipulated drips, and I can’t help but root for her a little. I also find it completely fascinating though Lady Susan is a) a terrible mother and b) having an affair with a married man, Austen doesn’t really punish her. I mean… there’s a comeuppance, but nobody is getting syphillis and dying or throwing herself under a train. We’re left with the feeling that Lady Susan is going to go on her merry way, wreaking havoc and getting her own for the rest of her life.

Now, for the part where I’m supposed to discuss whether the book is better than the movie. I’m not actually going to do that, for a couple of reasons. First, based on my very limited internet research, the book wasn’t finished. Second, though I feel like, as a book nerd, I’m supposed to be yelling THE BOOK IS ALWAYS BETTER!!!!!, I think that’s nonsense. Adaptations suck a lot, sure. But I try really hard not to view something as a competition between the original and the adaptation. Books and film (or television) are such different mediums that, to me at least, it seems nonsensical to ask which is “better.” I’m just not interested in that conversation.

That said, the movie is really great! When I heard that Whit Stillman was doing an Austen adaptation, I was intrigued. He’s a director I’ve enjoyed before, and I am always on board for a new Austen adaptation. And then I read the book and my only thought was “Of course.” Whit Stillman’s movies are comedies of manners filled with terrible, beautiful people; of course he had to adapt Lady Suan. I was curious to see how he would manage the challenge of adapting an epistolary novel where we don’t actually see many of the characters interacting. For the most part he’s successful, but there are at least a scenes (curiously enough, the one-on-one conversation between Lady Susan and Alicia Johnson, the two characters who communicated most directly in the book) that felt awkward, stilted, and clunky. I’d also like to highlight the performances of Kate Beckinsale, who is perfectly, deliciously bitchy and Tom Bennett, whose Sir James Martin was hilariously, painfully, stupidly awkward.

So which is better? Neither. Both. Who cares? Read the book. See the movie; compare and contrast; don’t pick a winner. There is plenty of room for both.